Join us for one of our upcoming Interclubs and/or club meetings. We are all improving the world one child and one community at a time. 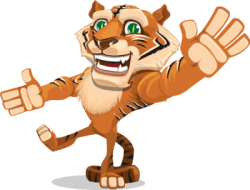 There were 38 Eye of the Tiger e-Kiwanis Club members and guests present on their computers or phones for our meeting held on the evening of August 20th. President Barb Thompson recalled several interclubs attended by our members, including the Florida DCON, CalNeva DCON and the Cortana Kiwanis Club of Baton Rouge.

President Barb welcomed participants from coast to coast in the USA, Canada and around the world. We were pleased to have Paul Heinz, Governor Elect of the Texas-Oklahoma District on our call today along with members of the Philippine Luzon District including Amphy Linn from the Kiwanis Club of Manilla and current Committee Chair for Action Club. Thank you to all who were able to attend our meeting.

All three of our new members have worked hard to improve membership in their respective Districts. We are extremely pleased they have chosen to join our EOT e-Kiwanis club. Joe Ruggerio, the current Governor of the District of New York shared a few minutes to talk about his life adventure. Joe was born in Brooklyn. His father was a long serving Kiwanian who eventually persuaded his son to join Kiwanis 15 years ago. After serving as his club President, he sought to continue to serve as LG and eventually to his position of Governor.

Joe is a proud father of three and grandfather to five. He was left a widow several years ago and considers himself doubly blessed to have found a new life partner in Debbie Roth. A proud retired teamster, Joe shared the impression it had on him to have worked on so many New York structures. Most impressive was the work he did at the Twin Towers site post 911.

Our second speaker was Governor Kendra Skidmore, Governor of the Kentucky-Tennessee District. She was eastern Kentucky born and is passionate about helping those in need. Her stepfather was a Kiwanian and finally persuaded her to join Kiwanis, for which we are very grateful.

A dental hygenist professionally, she is finding her time to be extraordinarily busy during Covid. For two year, she was on sabatical with Kiwanis as an amazing club opener. She is not afraid of a challenge, a trail blazer and goal setter. She is just who we need to continue our membership growth mission.

Our final speaker was Steven Westphal, Governor of the Utah-Idaho District. He is an electrician and along with his sons, they run the family business. Governor Steve is a retired army veteran having served in Vietnam.

Steve exemplifies what it means to have perseverance and determination. Two years ago, he was diagnosed with skin cancer. However, in his case, it was truly unique in that it was under his tongue. His ensuing surgery included a prosthetic jaw and loss of his tongue. He was told he would never speak that did not stop Steve. We are thrilled that in June he was told there was no trace of cancer.

Welcome to our three newest members to the Eye of the Tiger team.

September is fast approaching as are many EOT member birthdays. Upcoming birthdays include a run of them at the beginning of the month. September 5 is Tim Sheppard, 6 is Mary Jo Brubaker, 7 is Dewey Smith, 8 is Marian Taylor and Don Koch with Richard Lim rounding it out on the 9th. Mary-Lynn Desjarlais is celebrated on the 16th, Jim Dooley on the 17th and Carson Schreiber on the 22nd. Wish you a happy, healthy year ahead!

To help out your easily distracted EOT newsletter editor… please send stories, pictures and ideas to me, Julia Levine. That really helps me out immensely. Thank you!